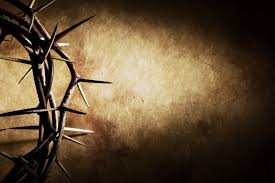 I sat there under the shade of a sycamore tree, the hot wind casting dust against my face and into my eyes. I blinked, but the stinging only grew worse. Curse this day. The journey from the country had been long. The streets of Jerusalem were empty, nothing to distract me from my sorrow. Perspiration was forming on my brow and small gnats danced around my face. I swatted at them wishing they would go bother the dogs. Though I knew I was no better than a dog. In fact, I wouldn’t blame those who called me filthy. After all, my sin covered me as the mud covered the pigs. Loneliness, shame, self-hatred was my only song, causing my desire to die to far exceed my hope of life.

What purpose could a man like me have? I had a name. They called me Simon. But what is a name with no honor? Elohim. Elohim. Why are you so far from your people? I have heard stories of redemption but never witnessed it myself. I spent my life seeking absolution, but God must have overlooked me. How could I blame Him? Humbleness has never been something I have practiced, though I would drink it now if it meant restoration.

I didn’t realize I had slipped into the depths of despondency and self pity until I heard it. Voices and commotion coming my way on the dusty road. My eyes narrowed and I saw a gathering of men, women and soldiers as they proceeded towards me. What was this all about? I heard cries of pain and despair, the sounds nearly matching those within my spirit. I thought about rising but, instead, sat patiently. They would come. As they approached, I realized the multitude of the crowd, and the reason for it. I almost smirked when I saw the men with crosses upon their backs. Another crucifixion of thieves who have no greater desire to live than I do. I shook my head and leaned my head back against the tree once more — ignoring the women as they wailed for their loved ones and pleaded for their lives. Let them die. I knew my time would come before long, as well. My sins could no longer be dealt with. Now I just awaited my turn to die for them.

I opened my eyes as they passed in front of where I sat. One…two…three men who would be hanged. My eyes fixed on the third man. His sins must have been the greatest, for he was far bloodier than the other two men. His back was no longer whole skin but broken flesh. His brow dripped with blood and upon his head was a crown of thorns. What had this man done to deserve such torment? Something twisted slightly inside of me as I stared at him. He could barely walk. He stumbled as the weight of his cross became too heavy for him to carry. He dropped to his knees and the cross fell upon him. A soldier whipped him. Still, the man couldn’t stand. I heard another soldier call out, saying the man needed help. I continued to stare at him –I couldn’t take my eyes off of him. He turned his head slightly, enough that his face was pointed in my direction. I knew he couldn’t see me through his swollen eyes, still I felt his presence so strongly. A soldier stood between us, blocking my view.

“Help him carry his cross.”

Me? Why me? Without quite grasping what was happening, I was lifted to my feet. “Help him!” I was thrust forward. Anger and annoyance radiated from me. Why must I do this task? I am not the one who is to be hanged on this cross, so why must I carry it? As I came to him, he looked at me and I felt chills go through me. Why did he stare at me as if he saw right through me? I lifted the tree from his back as he rose from the dirt. I didn’t know if he was able to speak, but still I waited for him to say something. We walked towards a hill they called Golgotha until the soldiers stopped us. They guided the first man to the point in the hill where he would place his cross. I couldn’t ignore the stirring within my spirit. I turned and looked at this man beside me. He had his eyes closed and he mumbled something to himself. Why did I get the feeling this man was innocent? He opened his eyes and looked at me. When he did I felt myself weaken.

I saw tears in his eyes, though I knew they were not tears for fear of death, but something else.

“Who are you?” I repeated again.

“I am the one who sets captives free.” He reached for me and grasped my arm.

I had heard of a man named Jesus. A blasphemer. A man who claimed to be God clothed in flesh. I thought the prisoner had been freed. But the moment he touched me, I knew. I knew this was Him and by His mere touch I felt my burdens lift. I stared at his eyes…eyes that displayed love. I couldn’t find my breath.

“Why are they doing this to you?”

Before he could speak, I felt a sharp sting upon my back. My flesh screamed as I was whipped.

“Move!” the soldier screamed at us.

Together we made our way to the hill where His cross was steadied in the ground, between two others. My heart pounded in my chest as a soldier nailed a wooden plate upon the top of his cross. My knees went weak when I saw it read:

JESUS OF NAZARETH, THE KING OF THE JEWS.

I lost track of how long I stood there, staring in awe. “Lord, if it really is you, reveal yourself to me.”

I watched as they nailed his hands. I revolted with everything inside of me but I could not move. The wind grew strong and I found myself in a whirlwind. Burying my face in my hands, I heard a voice speak to me.

I am the Lord of all. The Mediator. The Mighty One. The sacrifice for your sins. I am the King of all Kings.

I wept. Nothing else mattered in that moment. He had touched me. With his touch came redemption and a revelation of who He was and who I could be because of Him. I knew I had carried the cross of the prophesied messiah. The cross which would bear my sins.

Should I consider it an honor that I would be the last man my messiah touched before He died? No, not an honor. I fell to my knees in humility. Why would He touch a man such as I? Filthy and wretched. Why was He to die when it should be me dying? I am Simon. This man was who he said he was, He is God. Yet, I am the one free. I bowed before His cross, tears dripping off my face causing the dirt to grow wet beneath me. He had looked at me with love, even knowing He was carrying my sin upon his back. Somehow, I knew I would spend the rest of my life proclaiming this from the mountain tops. Forever they shall call Him “Emmanuel.” God with us. If my whole purpose had simply been to be on this road today–a broken man with no hope–to carry my savior’s cross, it would be enough.

My name now came with purpose. I was Simon of Cyrene – the man who carried Jesus’ cross.

“Simon of Cyrene was the man compelled by the Romans to carry the cross of Jesus of Nazareth as Jesus was taken to his crucifixion, according to all three Synoptic Gospels. “And as they came out, they found a man of Cyrene, Simon by name: him they compelled to bear his cross.”

As they went out, they found a man of Cyrene, Simon by name. They compelled this man to carry his cross. — Matthew 27:32

And they compelled a passerby, Simon of Cyrene, who was coming in from the country, the father of Alexander and Rufus, to carry his cross. — Mark 15:21

And as they led him away, they seized one Simon of Cyrene, who was coming in from the country, and laid on him the cross, to carry it behind Jesus. — Luke 23:26